The Laikipia Plateau is a remote and beautiful region, with a dramatic landscape that includes open grassy plains, high altitude plateaus, acacia bushland, forested valleys and kopjes. The region stretches from the foot of Mount Kenya, to the rim of the Great Rift Valley and is about an hour by light aircraft from Nairobi's Wilson Airport. 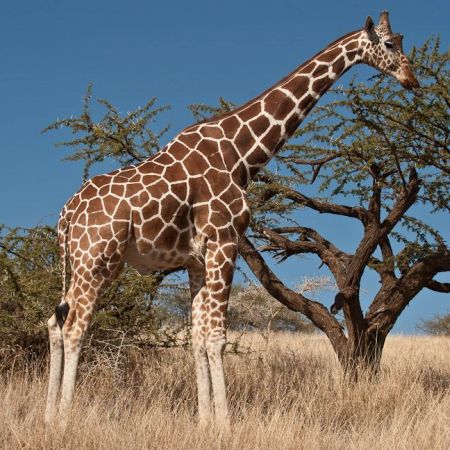 The area is one of the few safari destinations in Kenya where you can view significant numbers of the endangered black rhino.  Alongside the black rhino, you can also hope to see white rhino, Grevy zebras, reticulated giraffe, impala, gazelle, the endemic and endangered Jackson's hartebeest, lion, leopard, cheetah, buffalo, huge herds of elephant, and a large population of wild dog.

But a stay here is not just about the safari. In fact, Laikipia is best classed as a more 'soft' safari experience - the game drives play second fiddle almost to all the other activities that you can do here, depending on where you are staying.

Laikipia is therefore an ideal destination for the curious traveller - the person who wants to experience something unique and different, and who wants to discover a side to Kenya otherwise not seen by just visiting the more popular parks such as the Masai Mara or Amboseli.

The land is divided into huge wildlife conservancies, which are either privately or communally owned by cattle ranchers, small subsistence farmers, Maasai or Samburu communities. Because of the private ownership, this opens the doors to many 'untraditional' activities that can be enjoyed during a stay here.

Head off on a mountain bike or on horseback or even on top of a camel, and ride amongst the giraffe and zebra, or take a quad bike for a thrilling fast-paced trip to a local Maasai village where you can browse and barter for the local hand-made curios. Take a flight in a small biplane and become Biggles for a few hours as your pilot flies you over the beautiful scenery dotted with animals into the far distance. Try your hand at fishing in the rivers, or even kayaking or tubing. 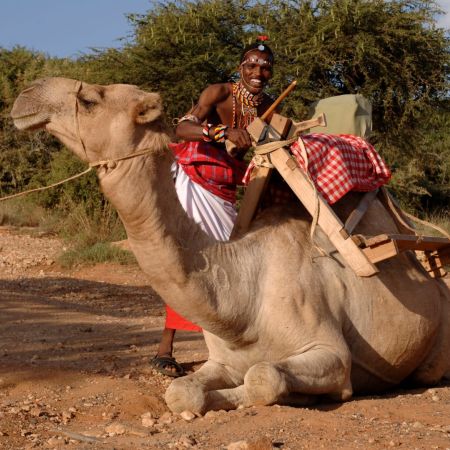 For the really adventurous, depart your lodge with a small back pack, and walk with your guide and a train of camels to an overnight spot, where your camp has been set up already for you.  Enjoy dinner around an open fire, then settle down to sleep under a mosquito net in the wilderness with the stars above you.  This is fly camping at its best.

Lakipia is also well known for its excellent walking safaris, where you can learn more about the intricacies of the bush through the eyes of your Samburu or Maasai warrior who accompanies you. You also stand a good chance of spotting some wildlife along the way too!  If you are a runner, put on your running shoes and join one of the local guides along a well marked trail - they run fast, so you will need to be pretty fit to keep up!

For the culturally curious, visitors can enjoy interacting with the local Maasai and Samburu communities and seeing first-hand the true lifestyles of those who live here.

All the conservancies are totally devoted to wildlife conservation, and Laikipia proudly boasts one of the biggest success conservation stories, with wildlife numbers steadily increasing. One such conservancy is the Lewa Wildlife Conservancy, a wildlife sanctuary incorporating the Ngare Ndare Forest and covering over 62,000 acres. Once a cattle ranch, the area then became a guarded black rhino sanctuary, and it is now the headquarters for the non-profit Wildlife Conservancy, which has gained a world-wide reputation for extending the benefits of conservation beyond its borders. The Ol Pejeta Conservancy is home to the largest black rhino sanctuary, and is the only area in Kenya where you can see chimpanzees.  It also boasts some of the highest predator densities in the country.

The lodges and tented camps in Laikipia cover a range of accommodation options that are suitable for any budget - from the more cost conscious traveller to the clients who are looking to stay in a private safari house which takes exclusivity to a new level.

Laikipia still remains relatively untouched by the mass safari tourist trade, however, so a stay here really will leave you feeling as if you have found a little pocket of Kenyan paradise. It is a time to relax, to immerse yourself in Kenyan life, and to connect with the local communities. And maybe even find something out about yourself that you didn't know before.

The camp is hidden in a secluded valley and set amongst shady acacia trees on the banks of a seasonal river in the Ol Pejeta Conservancy. The conservancy boasts an astounding variety of animals including the Big 5. There are 7 spacious guest tents each comfortably furnished with en-suite bathrooms.

Nestled in the valley between the dramatic slopes of Mount Kenya and the rolling peaks of the Aberdare Mountains, Solio Lodge is home to a diverse population of wildlife. The lodge has just 5 cosy and luxurious rooms, each with a private lounge, corner fire and large bathrooms.

Ol Pejeta Bush Camp is a traditional tented safari camp, set on the banks of the Ewaso Nyiro River in the 100,000 acre Ol Pejeta Conservancy. The camp is made up of 6 tented rooms, all with fantastic views over the river.

Lewa House is set on top of a hill with extensive views over gentle rolling hills, offering both day and night game drives in the company of experienced and well trained guides. Accomodation consists of cottage style rooms which are spread out along the hillside, looking to the expanse of wilderness to the north.