Where to go in Africa in November

The month before Christmas - so there still time to head off to Africa for a safari holiday before the festivities start. With many places running low season rates during this month, this will also ensure that you still have some money left to buy those all important Christmas presents when you return home!

Quick 'At a Glance' Summary 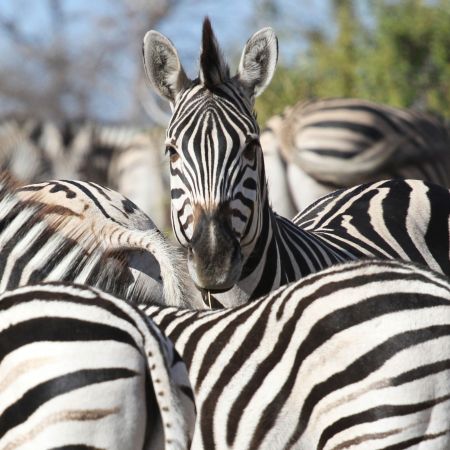 Botswana usually plays host in November to a zebra migration - the actual timings are determined by the rains, but usually the migration occurs between November and December when the zebras move from the rivers in the north around Chobe and the Delta in search of the fresh grass and waterholes further south in the Makgadikgadi Pan region, which have just seen the start of their rains here. The dry pan is transformed into a teeming mass of wildlife, as the animals move into the area to seek much needed water, which gathers in depressions in the pan and remain long after the rains have stopped.

The outlying fringes of the pan become lush with green grass, enticing further wildlife to the area, including large herds of wildebeest, zebra and antelope in their thousands. Needless to say, there is also a healthy number of predators such as lion, cheetah and hyena, who are always present when there is an abundant of 'food' around!

Whilst this migration is not to the same scale as the Great Migration of East Africa, it is still pretty amazing to see huge herds of zebra crossing the plains – the total number of migrating zebra is estimated to be up to 25,000.

November sees the start of summer in Cape Town, making this a glorious time to be here and head up Table Mountain. The days are warm and sunny, and the evenings are pleasantly warm.

In KwaZulu-Natal, thousands of baby turtles rush into the ocean, having just hatched from their snug sandy nests.

The ‘short’ rains in Kenya start around mid-November time, but they won’t be a continuous downpour – rather, you can expect short, heavy bursts lasting up to about an hour or so in the late afternoon/early evening time.  Hopefully this will not deter you from a safari in any of the National Parks and reserves – but it is fair to say it will put some people off, so visitor numbers are lower – meaning the game sightings are less crowded, which is a huge plus.  Low season rates generally start from the 1st November and last until mid-December, so this is also an excellent time to snap up a safari bargain.

Mid-November time also sees the start of the ‘short’ rains in Tanzania – and again, you can expect pretty much the same rainfall pattern as you will find in Kenya – but on the plus side, if you can cope with a bit of rain, then the visitor numbers is way less as are the prices.