The Quirimbas Archipelago is a stunning undiscovered destination, an untouched paradise for just a discerning few to discover. 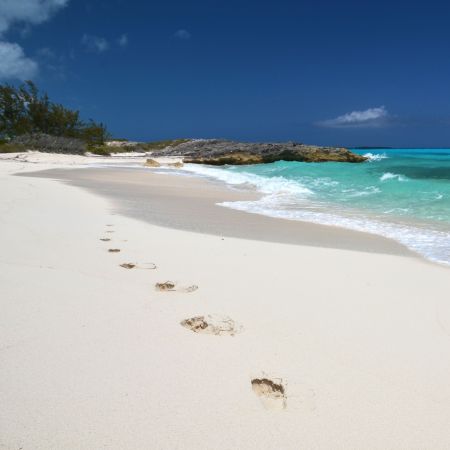 Mozambique is a tropical paradise, with a vibrant culture, friendly people, a myriad of cultures and an intriguing history. Bordered by the Indian Ocean, the palm-fringed pristine white beaches are lapped by warm, enticing crystal clear waters. This is also a diver's dream, as the 2,500 km coastline boasts over 1,000 species of marine life and hundreds of beautiful coral reefs.

Just 30 km offshore, the Bazaruto Archipelago is one of the most beautiful places on the African continent, complete with azure waters, sandy beaches, palm trees, and pristine coral reefs with tropical fish. Made up of just 4 main islands, and declared a National Park in 1971, the archipelago boasts among its wildlife 180 species of birds, endemic butterflies, Suni antelope and freshwater crocodile.

The protected reefs and beaches support dolphin, dugong, game fish, giant lobster and several species of marine turtle. The calm waters are perfect for scuba diving and snorkelling, as the marine life is simply spectacular.

Back on shore there is plenty to do: horse riding, 4x4 guided trips around the island, hiking, sand boarding, and of course the all important lying in a hammock and soaking up the atmosphere. 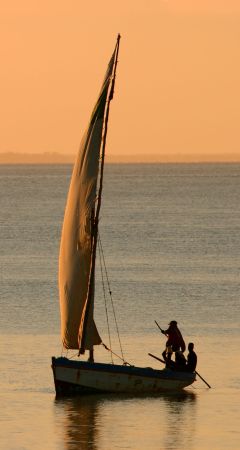 Further north lies the ancient port city of Pemba, also popular with watersport and diving enthusiasts as a coral reef lies close to the shore. Pemba is a vibrant town, and is famous for its large local market or souk, where you can buy anything and everything from the thousands of stalls.

Offshore from Pemba lies the remote Quirimbas Archipelago - a chain of 32 islands that stretch for 250 km along the northern Mozambican coastline, and which are virtually untouched and unexplored.

The Quirimbas National Park, which includes 11 of the islands and a tropical mainland forest, provides a protective sanctuary for the coral islands, flora and fauna in the area, including feeding and nesting grounds for sea turtles, dugongs, dolphins, sharks and whales.

Ibo Island is one of the best known of the islands, and has a fascinating history of slavery, magnificent old fortresses, coral reefs and mangrove swamps.

Mozambique has a warm, tropical climate, with an average temperature of around 28°C. Most of the rain falls in the summer months, between October and April, and it is also very humid and hot during these months. The winter months are generally more pleasant, as they are cooler and drier.

There are daily flights from Johannesburg to Vilanculos and Pemba, depending on where you are staying, making Mozambique an easy beach destination to get to after a South African safari.

Whether you want to enjoy the wealth of watersports on offer or explore the ocean depths, or sip a cocktail on a sunset dhow cruise while watching the sun slip into the Indian Ocean, or embark on a cultural tour, or simply relax around a beautiful swimming pool - however you choose to spend your time in this amazing country, you will soon realise that Mozambique truly is a paradise all on its own. 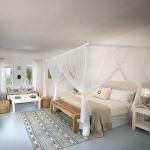 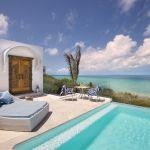 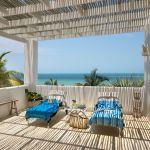 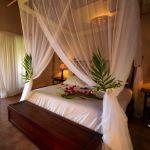 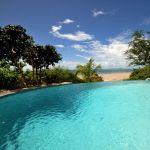 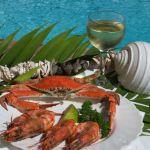 Casa Rex is a boutique hotel situated in Vilanculos, directly overlooking the crystal-clear Indian Ocean and the islands of the Bazaruto Archipelago. All 15 rooms are sea-facing with easy beach access and have private balconies or a verandah from which to enjoy the ocean views. 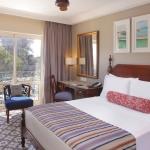 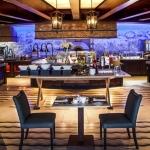 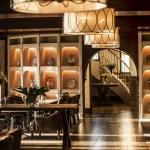 The Southern Sun Maputo is magnificently situated on the beachfront, the Avenida da Marginal, which overlooks the glistening Indian Ocean. The rich Portuguese heritage of this attractive Mozambiquen city is echoed in the hotel's continental decor. 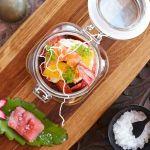 Overlooking the pristine white sands and glistening waters of the Indian Ocean and set on a headland between Pemba Bay and Wimbe Beach, the Avani Pemba Beach Hotel is designed with African and Arabian architecture. The spacious rooms boast garden or ocean views. 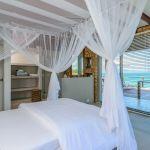 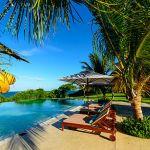 Bahia Mar offers style and comfort on the mainland of Mozambique with views over the Indian Ocean and Bazaruto Archipelago. With the emphasis on style and comfort, the accommodation at Bahia Mar is both luxurious and personal. 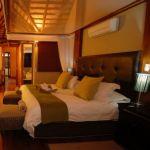 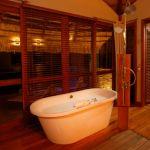