Just  over 100 km drive north from Nairobi, you get to the Kenya's Great Rift Valley Lakes. There are 5 lakes in total - running in order from South to North and in a line you have Lake Naivasha, Lake Elmenteita, Lake Nakuru, Lake Bogoria and Lake Baringo. The good tarmac road means that the journey time from the capital to the first of the lakes is less than 2 hours – making this area ideal for either a long day trip or a short one, maybe 2 night stay. 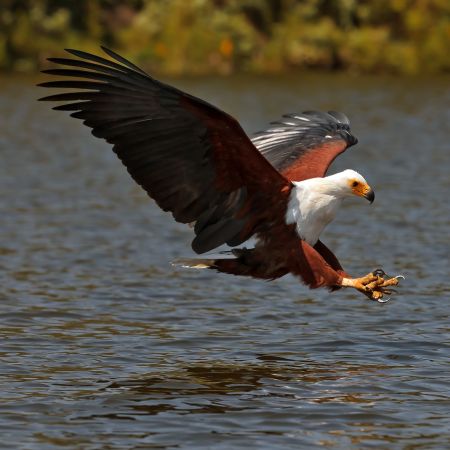 Lake Naivasha is the first of the lakes you can visit.  At 1,890m above sea level, this freshwater lake is also the highest point in the Great Rift Valley.  Covering just under 140 km², the lake is home not only to a healthy fish population, but also to a huge number of hippo who wallow at the water's edge alongside the many fish-eating birds including fish eagles, cormorants, pelicans and kingfishers.

The name 'Naivasha' is derived from the Masai word meaning 'rough water' because of the sudden torrential rainstorms that the area is affected by, which can mean the lake's size can increase depending on the amount of rainfall!

Visitors to the area can enjoy boat trips on the lake to Crescent Island, where you can enjoy a relaxing walk amongst the resident giraffe, zebra, wildebeest, gazelle and the shy waterbuck as well as the abundant bird life. Hell's Gate National Park is another popular attraction, offering spectacular scenery including towering cliffs and gorges.

Next in the 'lake line' is the soda Lake Elmenteita (also spelt Elementaita), a protected area of breath-taking beauty.  The sapphire-blue lake is home to flocks of flamingoes, pelicans and other waterfowl. The lake shores are grazed by families of warthogs, who run around with their tails held high amongst zebra, eland and gazelle. The lake forms one of the borders of the private 48.000 acre Soysambu Conservancy, which is home to more than 450 bird species and 10% of the world's population of the endangered Rothschild giraffe. 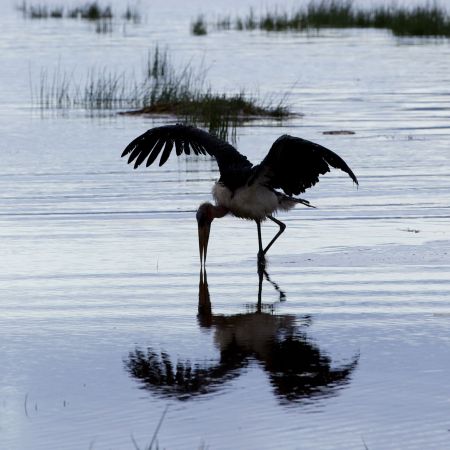 The Lake Nakuru National Park was created in the 1960s to protect the huge flocks of greater and lesser flamingos that used to breed and nest at the edge of Lake Nakuru,  which gave the lake it’s characteristic pink rim.  The Park covers 188 km² of land - from lake water, woodland and bush grassland to rocky ridges. Today rising water levels have meant that the majority of the famous flamingos have all flown away, but the Park is still home to over 400 other species of birds, including African fish eagles, marabou storks, pelicans, herons and kingfishers.

It is also one of the few places to see the endangered black rhino alongside the white rhino, and today the Park is home to one of the largest concentrations of rhinoceros in the entire country. Other wildlife that can be spotted includes Rothschild’s giraffe, Cape buffalo, waterbuck, lion, leopard, zebra, gazelle, impala, eland and the hyrax.

The Park also has extremely large pythons, who mainly inhabit the dense woodlands, but can often be seen crossing the roads or dangling from trees.

The last 2 lakes are Lake Bogoria and Lake Baringo - maybe it is because they are further away they are less visited.  Borgoria, a saline and alkaline lake, lies a little north of the Equator. The lake is also famous for the geysers and hot springs that line the lake banks. Baringo is a freshwater lake and over 470 species of bird have been recorded here, including a large population of flamingoes, making it a must-see place for really keen birders.

Sarova Lion Hill Game Lodge is nestled along the Lion Hill overlooking the spectacular flamingo pink rimmed Lake Nakuru. The lodge offers 64 standard rooms plus 3 suites, all of which have private patios with panoramic views of the lake.

Mbweha Camp is in the southern border of Lake Nakuru National Park with beautiful views of the Eburu and Mau Ranges. There are just 10 charming cottages built of lava stone with thatched makuti roofs. Each cottage features richly textured African materials and rustic en-suite bathrooms.

Built as a sprawling ranch house there are 3 double and beautifully decorated en-suite bedrooms. There are a further 4 luxurious en-suite bedrooms detached from the main house, just beyond the swimming pool, with views of either the waterhole and beyond or the lush exotic gardens.

Sunbird Lodge is a very small, exclusive but affordable lodge, located between Gilgil and Nakuru in the Great Rift Valley and set in 55 acres of grounds on the shores of Lake Elementaita.

Set in the 48,000 acre Soysambu Conservancy, Lake Elmenteita Serena Camp blends aristocratic elegance with modern luxury and will offer cuisine and service of fittingly high standards. There are 24 luxury tents in total, all with views of the lake.