We hope that this example holiday will give you give some inspiration to help you begin to plan your own dream holiday to Africa.

The next couple of pages show a summary of the itinerary, and then there is a page on each place that is included.

Important travel information for visitors to Kenya is included at the back of this document.

All the holidays we offer to our clients are tailor-made, so we can adjust this trip to fit in with your travel dates, interests, preferred accommodation, and of course your budget.

All our travel consultants have extensive knowledge of travel throughout Southern and East Africa, and our strong relationships with suppliers mean that our rates to you will always be competitive.

Let us take the hard work out of planning your trip: you can get in touch either by giving us a call on +44 (0) 1932 428380, completing the Enquiry Form on our website or emailing us at info@travelbutlers.com.

We look forward to hearing from you!

Example Cost for 2 Adults and 2 Children: * per person sharing.

*Excludes international flights from your home country - please ask us if you would like us to include these for you.

ABTOT provides protection for your booking as set out in Section 6 of our booking conditions.

Summary Of The Itinerary

Once you have collected your luggage, make your way into the Arrivals Hall. You will be met here by your private driver-guide who will be holding up a signboard with your name on it and escorted to your private 4x4 safari vehicle. You will then be driven to the Tsavo National Park where your safari adventure will begin.

Tsavo is home to Africa's Big 5 - lion, elephant, buffalo, leopard and rhino (including the endangered black rhino) as well as zebra, giraffe, antelope, spotted and striped hyena, baboons, a large population of hippo, and many crocodiles. Over 500 species of bird have also been recorded.

After breakfast you will be transferred back to Mombasa Moi Airport, where you will say farewell to your driver-guide. You will then be transferred to the Mombasa Serena Beach Hotel.

Guests arriving at Serena Beach Resort & Spa find an oasis of tranquillity framed by whispering coconut palms, lush gardens and one of the most beautiful white-sand beaches on the Indian Ocean. Come and discover a whole new level of relaxation and comfort at this warm, family-friendly tropical paradise in Mombasa.

You will need to check out of your room this morning but you can remain at the hotel and use all the facilities until you are collected for your transfer back to the airport. Alternatively, if you have an evening flight, the hotel may be able to arrange a late check out for you (additional cost and payable directly to the hotel) subject to the availability of the room.

The world renowned Tsavo National Park covers nearly 22,000 km2, making this the largest National Park in Kenya. As Tsavo is so close to Mombasa (less than 100 km), it is an ideal destination for anyone wanting to combine the thrill of a safari with some relaxing beach time.

The red elephants of Tsavo are the ONLY red elephants in the world. Actually, they are really the same colour as every other elephant in the world, but they just appear red due to constantly dust-bathing with the Park’s fine red volcanic soil. Over 10,000 of them inhabit the Park, so the chances of seeing one are hopefully pretty high.

As well as lions and elephants, Tsavo is also home to the other members of Africa’s Big 5 – buffalo, leopard and rhino - as well as zebra, giraffe, antelope, spotted and striped hyena, baboons, a large population of hippo and many crocodiles.  Over 500 species of bird have been recorded.

Kilaguni Serena is a classic stone-built lodge overlooking its own waterhole which is visited daily by elephants, buffalos and a wide variety of plains game.

The lodge is ideally built so that all rooms, the open air restaurant, timbered game-viewing decks and rock-built bar have uninterrupted views of the plains and snowy dome of Mount Kilimanjaro in the distance.

There are many activities to keep you busy including game drives in 4x4 safari vehicles and bush walks accompanied by the resident naturalist. Enjoy sundowners at Lion Rock, bush dinners, tribal dances, excursions to Mzima Springs to see the hippos and Nile crocodiles, visiting The Rhino Sancturary and climbing the Chaimu Crater.

Relax on the garden sundeck by the swimming pool or treat yourself to a luxurious body treatment or pick up some souvenirs at the extensively stocked Africana Gift Shop. 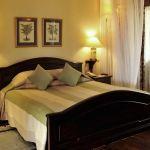 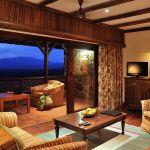 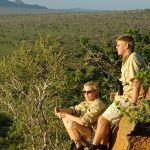 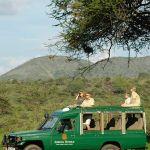 Situated on Shanzu Beach, only 30 kilometres north from Mombasa, fringed by beautiful white-sand beaches and shaded by coconut palms, the Serena Beach Resort & Spa is a tropical paradise.

Bright white against the blue sky, set in extensive lush green gardens, the architecture of the hotel replicates the winding lanes and colourful market places of a traditional 13th century Swahili town.  At its heart lies the coral-built 'Fortress of Tranquillity' of the exquisite 'Maisha' Mind, Body and Spirit Spa.

Shanzu Beach is the most northerly portion of the coast between Mombasa and Mtwapa Creek. The hotel looks out over the waters of the Mombasa Marine National Park, a 200 square kilometre National Marine Reserve.

The Serena Beach Resort & Spa also offers a number of dining experiences, and a selection of bars, coffee shops and cafe areas, both inside and out. All are distinctive in their own way. Savour the authentic flavours and cooking styles of Mombasa, or enjoy inspired dishes from around the world. The acclaimed Serena Beach culinary team is exclusively focused on creating delicious cuisine. From sumptuous breakfasts to oceanfront seafood dinners accompanied by the finest selection of wines and perfectly mixed cocktails, all dishes feature the freshest high-quality ingredients.

To relax and rejuvenate, the Maisha Spa offers holistic therapies and has saunas, steam rooms and outdoor jacuzzis.

The 164 luxury en-suite rooms and suites are set in single-storey buildings framed by Swahili architecture and landscaped parths and gardens to create the feel of a traditional Lamu village. All rooms and suites are tastefully appointed and features Maasai-inspired hand-painted wall frescos and private balconies or terraces with ocean views or facing the courtyard gardens.

The Family Village Rooms, 2 of which have sea views, have an entrance corridor leading to 2 separate en-suite bedrooms, making them ideal for families of all ages. 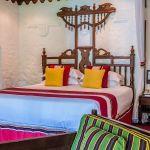 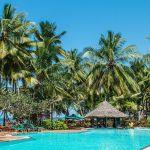 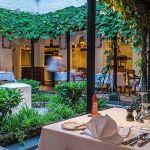 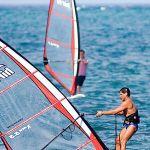 A visa is required for entry into Kenya when travelling as a tourist. Whilst tourists to Kenya can still obtain a visa upon arrival at the port of entry (payment by credit card ONLY) it is now strongly advised to apply online for your visa via the eVisa portal https://www.ecitizen.go.ke/.  If you apply online, please ensure that you apply at least 3-4 weeks prior to your travel dates as approval for the eVisa takes up to 7 working days to process. Once the eVisa is issued, it is valid for 3 months. You must print a copy of your visa to present to the Immigration Officer at your point of entry into Kenya. A full list of the nationalities who can be issued with an eVisa can be found here: http://evisa.go.ke/evisa-faqs.html and the following eVisa types are available (please note that visa fees for children under the age of 16 has been removed):

Single Entry - Allows you to enter into Kenya once - current cost USD 51.

It is also possible to get an East Africa Tourist Visa which is valid for 90 days and allows holders to travel to and within Kenya, Uganda and Rwanda - current cost USD 100 per person - but you can only apply for this at the point of entry or via your local Embassy.

Your passport should also be valid for a minimum period of 6 months from the date of entry into Kenya. Make sure you have 2 blank pages in your passport on arrival.

Please note that plastic bags are banned in Kenya. Arriving visitors are requested to avoid bring plastic bags into the country and being in possession of a plastic bag is an offence and offenders could be penalised. Visitors are advised to avoid packing any plastic bags in their suitcases or in carry-on hand luggage before flying to Kenya. Items purchased at the airport before boarding the aircraft should be removed from plastic bags. Travellers coming into Kenya with plastic duty-free shop bags will also be required to leave them at the airport. Please check hand luggage before disembarking and any plastic bags (including the transparent ziplock plastic bags that some airlines require passengers to use for keeping liquids, cosmetics, toiletries etc) should be left in the plane. This does not apply to people in transit. In addition, all single use plastics, such as plastic water bottles and straws, are banned in all national parks, forests, beaches and conservation areas.

You are advised to contact your doctor or clinic around 4-8 weeks before your trip to check whether you need any vaccinations and to get their professional medical advice regarding travel to Kenya.

There is a risk of malaria in all areas of Kenya, except Nairobi and the highlands - check with your doctor about suitable antimalarial tablets. Dengue fever can also be transmitted via mosquito bites. Try to avoid mosquito bites wherever possible - wear loose long-sleeved clothing and trousers, and use a repellent on clothing and exposed skin.

Kenya falls into the yellow fever region in Africa. There is only a low potential for exposure to yellow fever in Nairobi, Mombasa, Lamu, Malindi and Shimba Hills National Park, but in the rest of the country there is a higher risk. It is therefore advisable for all travellers aged 9 months and older to obtain a yellow fever vaccination no less than 10 days prior to travel, but depending on the rest of your travel plans and country of origin, it is not compulsory:

Travellers from the UK who are only travelling directly to and from Kenya are not required to produce a vaccination certificate upon their return to the UK.

If you are arriving into Kenya from a country which has a risk of yellow fever transmission, you will be required to provide a certificate of your vaccination upon entry into Kenya. These countries include Angola, Argentina, Ecuador, Ethiopia, Nigeria, Peru, Rwanda, Uganda and Venezula but it is up to the traveller to check the full list via http://www.who.int/ith/2015-ith-annex1.pdf?ua=1

Certain countries including South Africa and Tanzania will deny entry if you are arriving from Kenya without the vaccination. Please ensure you check the full list via http://www.who.int/ith/2015-ith-annex1.pdf?ua=1 to see which countries impose this rule.

If your doctor advises that it is not safe for you to have the vaccination then you should obtain a medical waiver and travel with this instead.